Immigrant integration policies are a national competence. However, since the signature of the Treaty of Lisbon in 2007, European institutions have the mandate to ‘provide incentives and support for the action of Member States with a view to promoting the integration of third-country nationals.’ The EU has nonetheless periodically set priorities and goals to drive EU policies, legislative proposals and funding opportunities since the 1999 Treaty of Amsterdam. The 2004 Common basic principles represent another a stepping stone as they have guided and continue to guide most EU actions in the area of integration.

The process of developing a common immigration policy resulted in the adoption of the Common Basic Principles for Immigrant Integration Policy in the EU by the Justice and Home Affairs Council in November 2004. Principles to which Member States renewed their commitment 10 years later, in the June 2014 council conclusions wherein Integration is reaffirmed as a long-term and multi-faceted.

The comprehensive set of 11 principles starts with the assertions that integration is a dynamic, two-way process of mutual accommodation by all immigrants and residents, and implies respect for the basic values of the EU. It further stresses the significance of employment, knowledge of the host society’s language and institutions, education and participation in the democratic process and equal access to public goods and services. It also recognised the key role of mainstreaming integration policies and measures in all relevant policy portfolios and levels of government.

To support the development of EU integration policies, 2 networks have been created during this period: the National Contact Points on Integration in 2002 and the European Migration Network in 2003. The first, which became the European Integration Network in 2016, consists of national coordination bodies in charge of shaping the EU migrant integration agenda while the second aims at responding to the information needs of policymakers and citizens through reports and studies.

The first EU financial resources to specifically support integration measures became available in 2003 with the Preparatory Actions for integration of third-country nationals (INTI) which promoted activities at local level, strengthened networks and the exchange of information and good practices between Member States, their regional and local authorities, and other stakeholders.

This information is taken from this link. 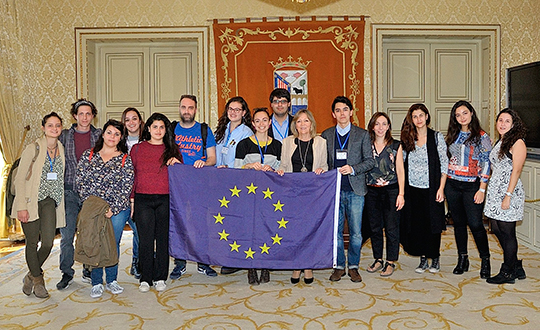